The Asia Pacific Council of American Chambers, better known as APCAC, is an association of 29 American chambers of commerce in the Asia-Pacific region. Collectively, APCAC represents over 15,000 businesses, over 50,000 overseas American workers, and a total of over 10 million employees.

APCAC was established 50 years ago in 1968. Its original focus was to work on Section 911 of the tax code that concerns the taxation of American citizens based on their worldwide income and not solely on income earned in their country of residence, which almost all developed countries follow. Since 1968, APCAC has grown into a strong advocacy organization that continues to advocate for tax reform, but has also taken on many other important issues of concern to American businesses abroad, including trade, investment, tariffs, and travel. 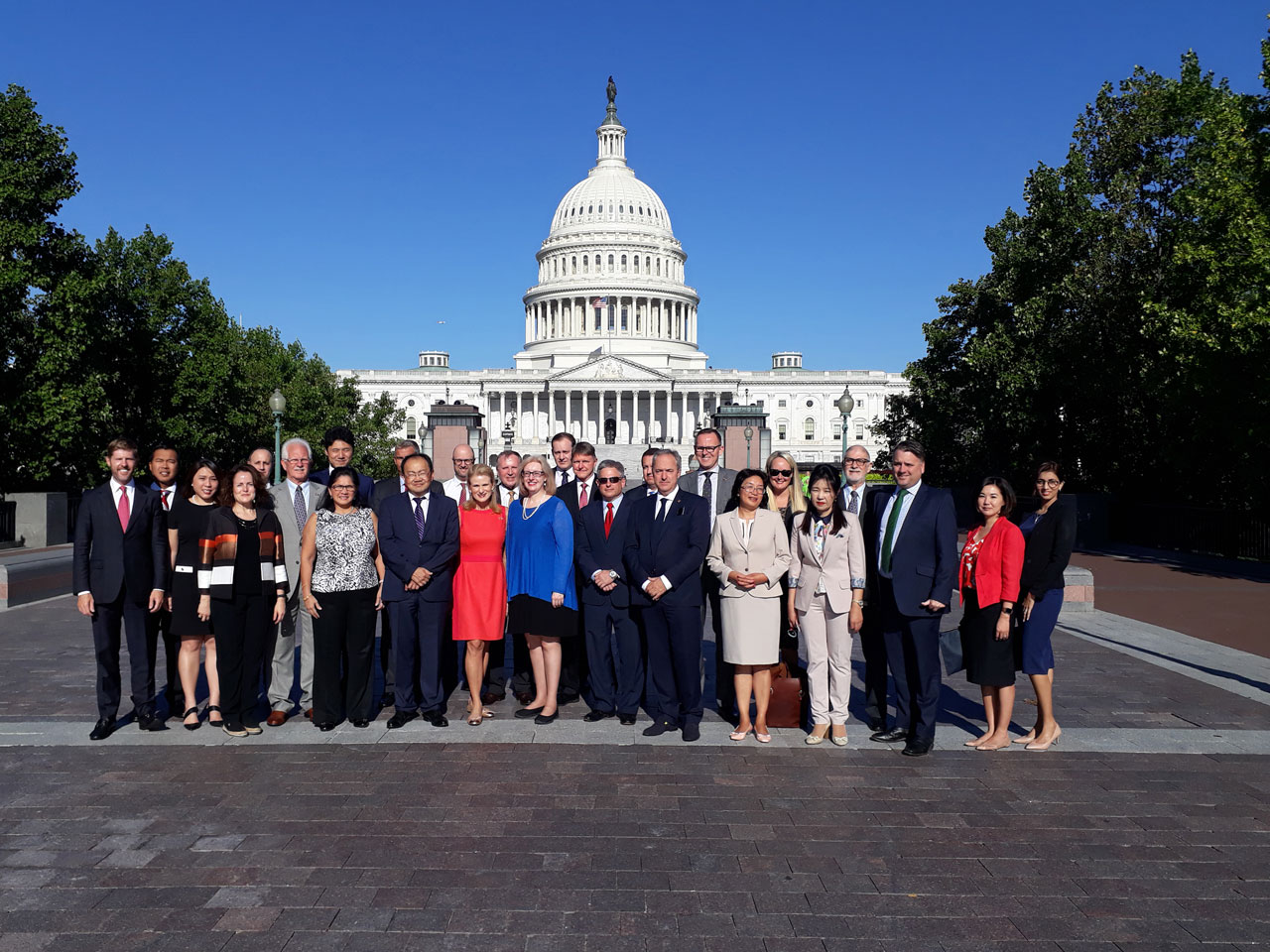 APCAC’s primary method of advocating is through its annual Door Knock in Washington, D.C. The 2018 Door Knock was held from July 15-18 with about 40 attendees, representing 29 member companies from Australia, China, Hong Kong, Japan, Korea, Malaysia, Mongolia, Philippines, Singapore, and Thailand.

There were many highlights during the week. The first three days were reserved for APCAC matters as a whole and did not deal with specific issues of specific countries; the final two days in Washington were used by the Philippine delegation to work on issues specific to and between the Philippines and the United States.

Looking back, during the summer of 2017, on an almost daily basis, almost every major world newspaper had the Philippines on their front page . The drug war, Marawi, and the implementation of martial law in Mindanao were the prime headlines. This year – 2018 – it was a different story. The Philippines was seldom in the news - and what little there consisted of more positive stories.

However, in the summer of 2018,China made the headlines. The question was how to deal with China’s rise as a global power, both politically and economically, and, to some extent, militarily. At the Door Knock, the trade war and imposition of tariffs on imports of various goods from various countries to China and U.S. allies were well debated. Most agreed that actions are necessary to counter China’s policies toward intellectual property of investors and currency manipulation, among others. Policy makers told us the theory that China would play to the rules of Western liberal democracies after joining the World Trade Organization has been disproven by China’s action over the last 15 years. Thus a tougher policy is being taken by the Trump administration. Still, the overall sentiment was that a drawn out trade war is not the best way to settle trade imbalances of the US with China, Europe, or our North American partners.

In the wake of the success of the Trump tax reform that ended U.S. taxation on income of U.S. companies abroad, the U.S. Congress showed considerable interest in APCAC’s tax concerns. This included amending the Foreign Account Tax Compliance Act (FATCA), ending taxation on Americans working overseas, and a revision to some of the provisions of the recently passed tax bill that negatively affected small and medium enterprises.

The top U.S. political story was the upcoming November midterm elections. The general consensus of the prominent pollsters we met - among others - was that the Democrats would take back the House of Representatives and the Republicans would hold on to control of the Senate by a narrow margin.

Future for a Phil-Am FTA?

The highlight of the meeting from the Philippine perspective was the discussion around a Free Trade Agreement between the two countries. Not long ago the Philippines was far down any preferred list of countries with which the U.S. might enter into a free trade agreement. But with Japan and Vietnam preferring to pursue the 11-member Trans-Pacific Partnership (with or without the United States after its withdrawal), then the best country with which to form a FTA with would be its long-time friend and partner in Asia, the Philippines. Preliminary discussions are ongoing and, if a decision is made to begin, President Trump must formally notify U.S. Congress prior to their commencement. AmCham will provide updates on any future progress and what this could mean for businesses nationwide.

This year’s Door Knock ended on a high note, but perhaps the best way to understand the content, influence, and importance of the Door Knock is to provide a list of the people we met and the discussions had over the course of the week.

As a reminder, the APCAC Door Knock and the regional APCAC meetings are open to every AmCham member and all members are encouraged to take part. The next doorknock has been scheduled for July 14-19, 2019 , and AmCham will gladly take all willing participants, ensuring our delegation has a strong voice across all sectors. Sooner still, on March 4-5, the 2019 APCAC Business Summit will be held at the Grand Hyatt in Hong Kong, where the 29 Chambers will once again gather to discuss from across the region matters that concern them.

Here’s to this year’s successful Door Knock, and to all of us working towards a prosperous future for both American and Filipino businesses.